It was with great joy that I arrived in São Paulo, Brazil, on July 10th for a season of workshops and concerts. The giant city where I grew up, where music has become life and life became music. It took me months of work to organize the tour and prepare everything. And I got there!

Upon arrival, the first mission was to produce a new version of my first CD called “Indaiá”, released in 2003. The new cover was produced by Daniela Taddei.
www.eightydesign.co.uk
Dani! Thanks a lot! You’re great!

The new “Indaiá” will be officially released in Belgium soon but it’s already available at the concerts I will be playing here and it can be ordered by sending e-mail to:

I had never been to this small but unique place in São Paulo called Casa de Francisca. It’s the kind of venue where people go to listen attentively to the music and also eat really well. Great audience! It was a great surprise and it was impossible not to be inspired. Great concert with master guitarist Ulisses Rocha!

A big surprise was the presence of the great cartoonist Moa who gave us a very nice gift: a wonderful caricature made there while we played. Moa, thank you so much! Great pleasure to meet you! 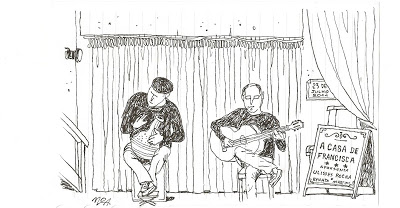 LATIN PERCUSSION and their distributor in Brazil, PRIDE MUSIC gave me a big hand to make my performance at Batuka Brazil  festival possible. Also for the workshops in some of the major music schools of São Paulo. Thanks to Marcelo Juliani from PRIDE for the support and for providing the LP instruments! This was PRIDE`s website article promoting the workshops and concerts:

In the market of Brazilian musical instruments for nearly 20 years, Pride Music is responsible for the import of nine brands of percussion instruments and drums like Zildjian, LP, Crown Percussion, DDrum, DW, Pacific Drums, Remo Encore by Remo and Toca Percussion. Not only the top instruments, but PRIDE represents also the endorsers, renowned artists who are in constant activity in music scene. Proof of this is the schedule of events that happen in Brazil involving endorsers like Colin Bailey, Aquiles Priester, Quintino Cinalli, Renato Martins, Robby Ameen and Amoy Ribas. See below:

One of the most respected percussion artists in the world, Renato Martins is multi-instrumentalist, born in Rio de Janeiro and raised in São Paulo. He began playing percussion and piano when he was four years old and his musical training began at six with maestro Silvio Tancredi. He studied drums and piano, focusing on Brazilian popular music and Jazz at the School of Zimbo Trio. He completed his music studies with courses in classical piano with Professor Leda Maria Alves Chacur and composition and conducting at Santa Marcelina College of Art. Renato Martins performed at the NAMM show 2011 in the United States with his Boris Gaquere Duo & Renato Martins. Renato is on tour in Brazil, here is the schedule:

The Batuka festival is the most important drum festival in Brazil. It is held every year in Sao Paulo, organized by super drummer Vera Figueiredo. I had the pleasure of playing at the festival for the first time in 1999. This year the festival took place at the wonderful Auditório Ibirapuera on 30th and 31st of July. 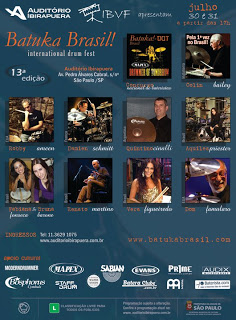 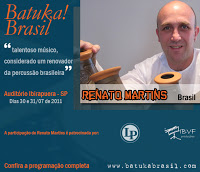 I got there very excited for my solo performance. It would be the first time I would use a new “toy”, the BOSS RC-50 Loop Station. It allows you to record and loop phrases and overdubs, allowing the construction of a basis to be used with a solo instrument. In my case the UDU.
Everything worked very well and the audience’s response was excellent! It was also the first time I used a fantastic instrument considered cultural patrimony of Peru, the CAJITA. Alegria! 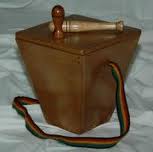 Here’s a little of the impact of the festival! Thanks Vera!

See the articles on the website batera.com with comments on the festival (in Portuguese):
http://www.batera.com.br/Artigos/batuka-brasil-2011

Some pictures by Ale Frata: 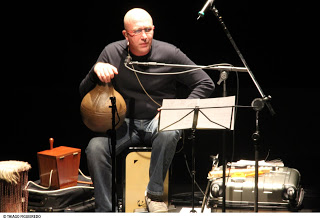 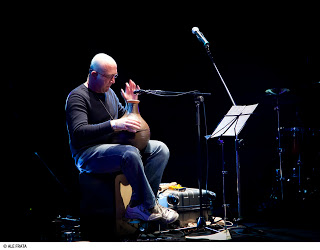 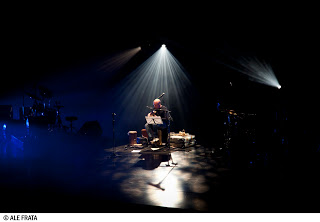 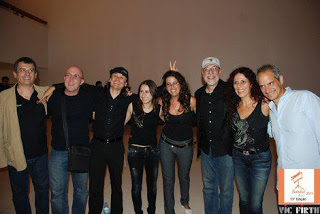 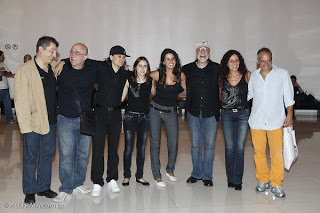 I prepared the material for the workshops in Belgium and I presented, as main subjects, the history, tradition and technique of the UDU, the technique and use of the CAJON in Brazilian music, the composition and improvisation for percussion using the RC-50 Loop Station and the use of everyday objects as percussive material. With the help of a PowerPoint presentation and some videos, I was able to share my career as a percussionist and my percussion research. What a great time!

FACULDADE DE ARTE MARCELINA – AUGUST 8th
The room was packed! It was really fun and I was really pleased with the interest shown by the students. 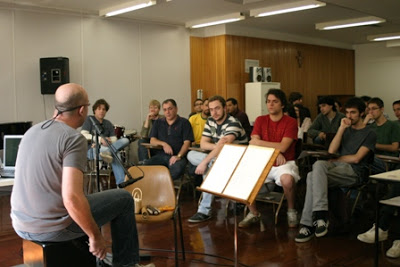 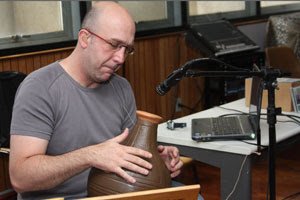 SCHOOL OF MUSIC OF THE STATE OF SAO PAULO (EMESP Tom Jobim) – AUGUST 9th
The auditorium sounded good and it was full of musicians of all instruments. It was very rewarding to share the stories with such an interested audience like that! 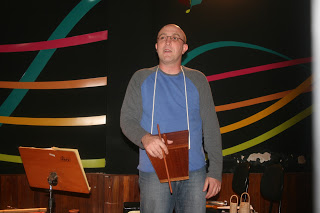 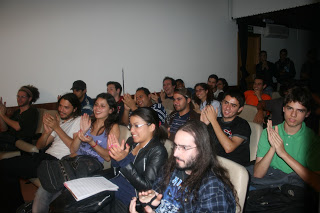 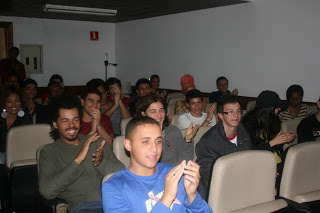 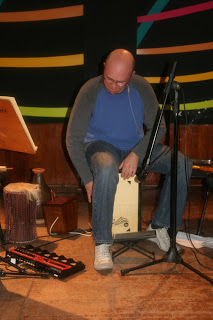 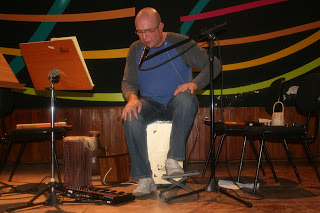 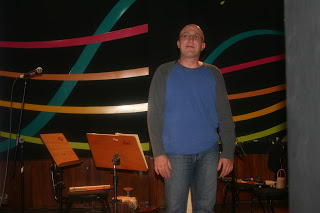 EM&T – INSTITUTE OF MUSIC AND TECHNOLOGY – AUGUST 13th
The auditorium has a great sound. It was nice to put the RC-50 to work!

See the workshop promotion on the site obaterista.com (in Portuguese)
http://siteobaterista.blogspot.com/2011/08/renato-martins-em-sao-paulo.html

CONSERVATÓRIO SOUZA LIMA – AUGUST 18th
Souza Lima is one of the most important schools for percussion tuition. A huge presence of percussionists in the audience! 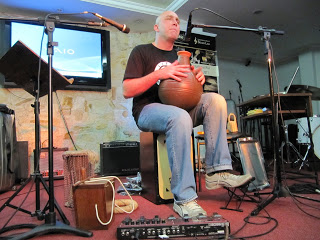 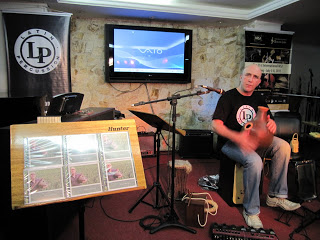 Watch the video with the performances and an interview:

The workshop at Souza Lima was the last of the series of the season in São Paulo. I was very happy with the interest, the will of the young musician to seek out new information. Not only the student of percussion, but also students of other instruments showed up seeking new paths and approaches in music. I hope my percussive stories and adventures have served as an inspiration for this cool people! Thank you Brazil! 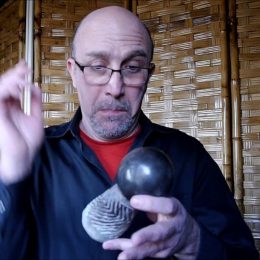 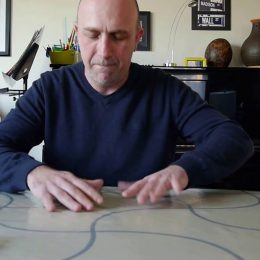 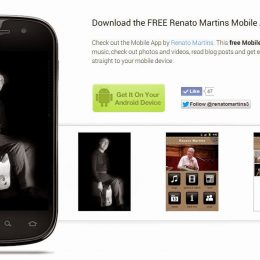